There's more magic and memories to be made outside your Holden Beach vacation rental. Every year between May and mid-August, sea turtles find their way to Holden Beach to lay their eggs. In fact, this ritual has been documented on North Carolina’s Brunswick Islands for centuries.

Until you’ve actually experienced it, it’s hard to fathom the wonder of witnessing hatchlings answer the call of the ocean and begin the pilgrimage to the water. Hundreds of volunteers and visitors are privileged to see the walnut-size creatures make their trek each year. The turtles must recognize a great thing when they see it — just like so many of our visitors! 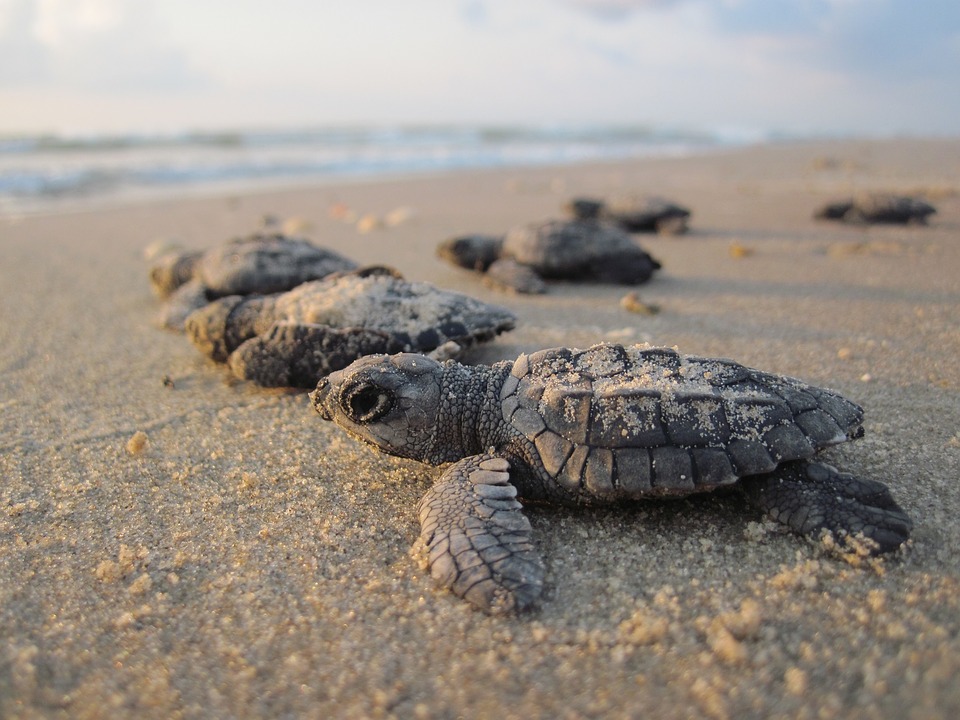 We had a visit with Pat Cusak, Program Coordinator with the Holden Beach Turtle Watch, so we could teach you about these amazing ocean creatures. The Holden Beach Turtle Watch is a non-profit conservation organization, founded in 1989 with a few volunteers and has grown to 85 volunteer members. There is a $5,000 scholarship at UNCW-Wilmington in the name of Judith Bryant, the founding member of the group. Overseen by the North Carolina Wildlife Resources Commission, the Turtle Patrol monitors and protects the Holden Beach sea turtle population. Cusak has been working with turtles for 14 years, and you can tell by speaking with him that he is really passionate about the work he and the Turtle Watch do for sea turtles.

Sea Turtles Nesting on the Beach 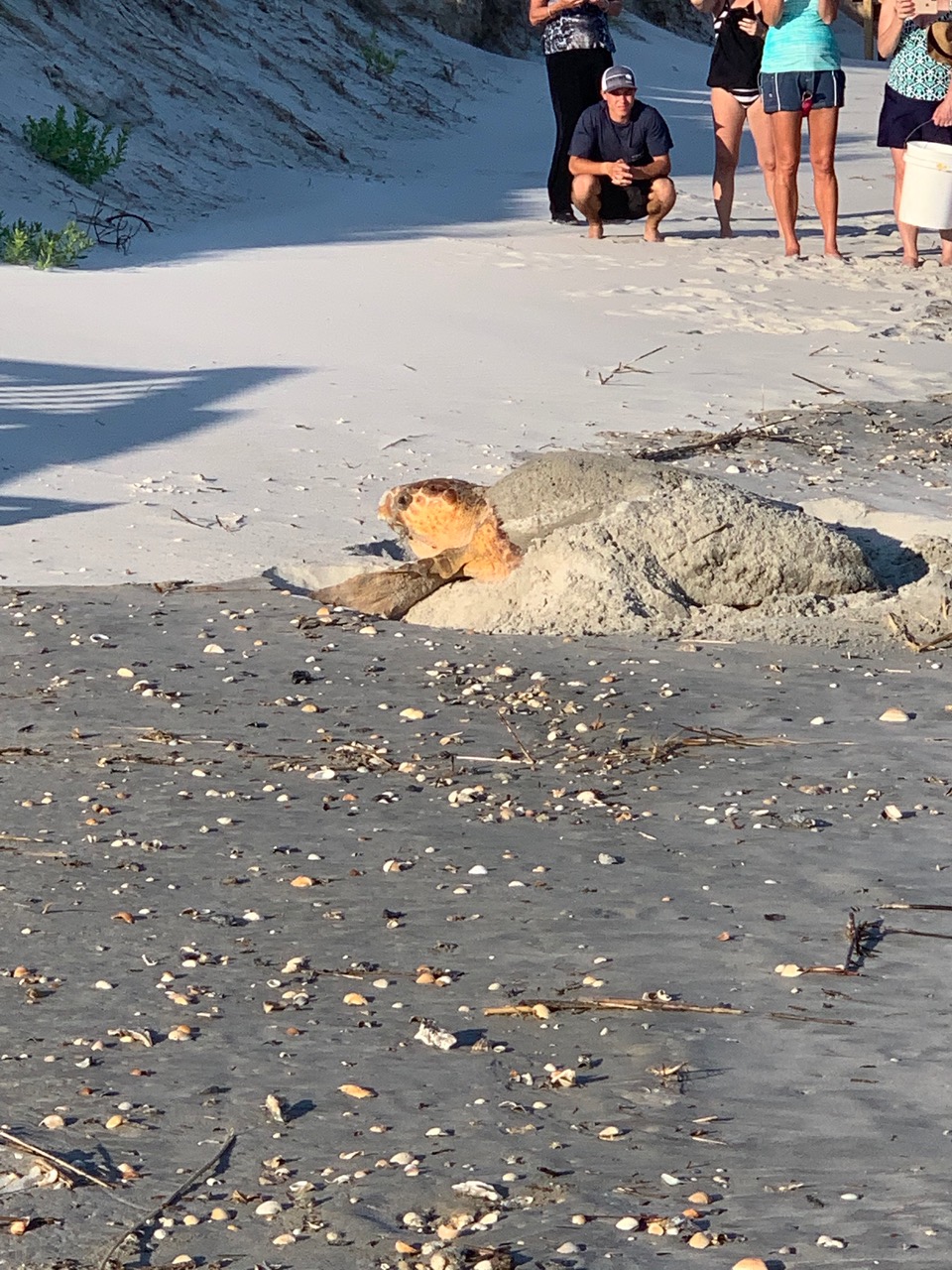 Sea turtles spend most of their time in the water, and their days are filled with feeding and resting. Turtle nesting season, which takes place between mid-May and mid-August, brings more activity. During this time, mama turtles will come onto the beach to dig a nest and lay her eggs.

Female sea turtles lay two to seven nests in a season, though the average is three nests per turtle. Each nest has about 120 eggs. After her active nesting season, the mama turtle then takes two to three years off to recharge her reproductive system, depending on the quality and quantity of her food sources. “We had one mama come back the following year to lay again,” says Cusak. “She must have had a really good food source.”

Once the eggs are laid in the nest, the female never comes back to that nest. She will return to the beach about 12-13 days later to lay another nest, but in typical reptilian behavior, in a different location.

This mama turtle made Holden Beach history in May of 2021, by laying the earliest nest the beach has ever seen. Check out her sweet story here!

Searching For and Monitoring Nests

The Holden Beach Turtle Patrol has an ATV rider that hits the beach every morning by 5 am. The driver cruises the beach strand from the Intracoastal Waterway on the East End all the way down the eight to nine miles of Holden Beach shoreline to the Intracoastal Waterway on the West End. While driving, the patrol looks for tracks a mama turtle would make coming out of the water and for disturbed sand where the nest would have been dug and covered up. There are always two sets of tracks – one track of her coming out of the water to her selected Holden Beach nesting area, and a second track of her going back out into the Atlantic Ocean. 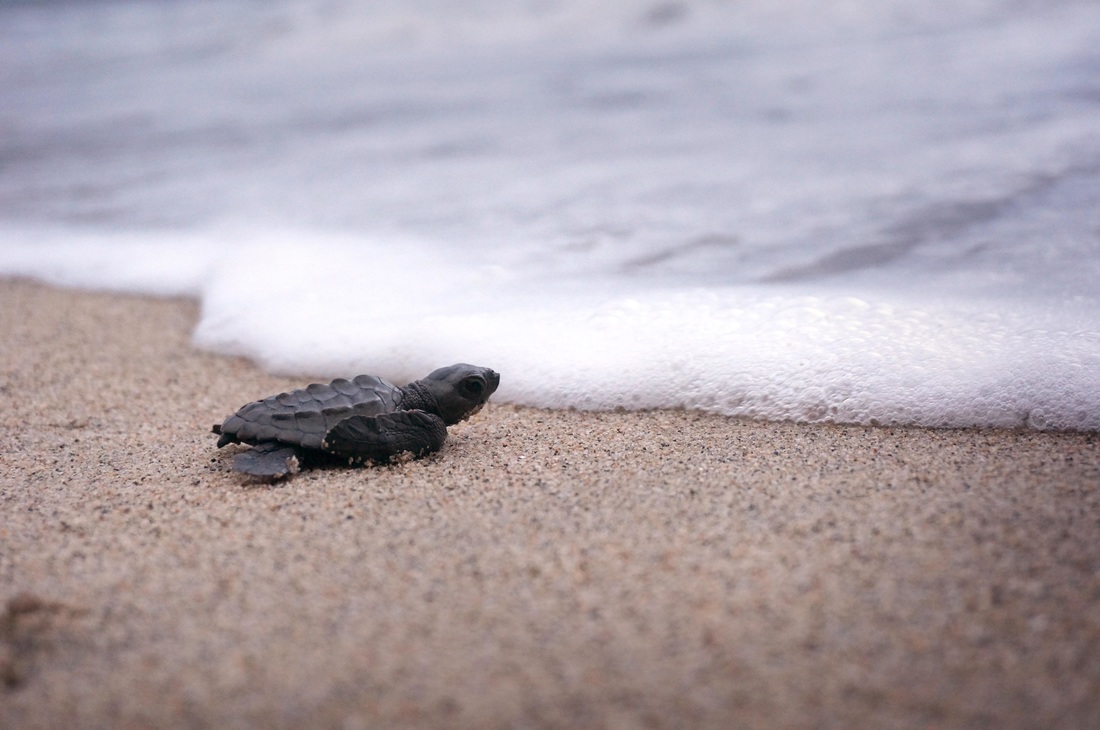 When turtle tracks and the appearance of a nest are discovered, the driver calls the morning caller at the Turtle Patrol, who then puts a team of three to five people together to go find the eggs. Sometimes it’s a false nest, in the event the mama started the digging process and was spooked off for some reason, as is frequently the case, while preparing to lay her eggs. But once she begins the process, she goes into a trance-like state and continuously lays her eggs for about 30 minutes.

If Turtle Patrol volunteers find eggs in the nest, they will leave it alone as long as it’s in a safe location on the beach.  If it’s too close to the high tide line or near a walkway, they will move the nest to a safer location by placing the eggs into a big cooler in layers of 40 until the nest is empty. They take full measurements of the top, middle, and bottom of the nest, so they can recreate the nest once it is moved. The last egg taken out of the nest is the first egg back in the relocated nest.

From each nest, the Turtle Patrol team selects one egg as the “DNA Egg.” The eggshell is sent to the University of Georgia, where they analyze the mama sea turtle's mitochondrial DNA. This gives the team unique DNA data for that turtle and allows them to track how many nests she lays in a season, how big her clutches are, how often she lays, etc. It also provides various data about the health of the species and allows us to know when turtles are returning to Holden Beach (or other NC beaches) to nest again.

Per state and federal regulations, once the eggs hatch, the team has to wait 72 hours before going to inventory the nest. Cusak says, by this point, many of the hatchlings have already found their own way to the ocean. The team guides any hatchlings that may be stuck in hard sand or unable to get out of the nest. Cusak also says the survival rate of the hatchlings is usually around 85%, a number which varies from beach to beach.

The Turtle Patrol also helps injured sea turtles. They have a dedicated stranding team, and the emergency phone is carried 24 hours a day, 365 days a year. When the on-call stranding team receives a call for a sick, injured, or dead turtle, volunteers get to the reported location as quickly as possible. If the turtle is dead upon their arrival, they take shell measurements, photos, and notes about any obvious wounds. All of this data is included in a stranding report that is submitted to the federal level.

If the team finds an injured turtle, volunteers call the NC Wildlife Resources Commission to let them know they are transporting a turtle to the Karen Beasley Sea Turtle Rescue and Rehabilitation Center on Surf City. The state office alerts the hospital and the team alerts them again when they’re within 15 minutes. Upon arrival, they triage the turtle however is needed - they have fluids, a Doppler heartbeat monitor, and other critical care tools and supplies on hand for the turtles. “There’s actually not a lot you can do initially,” says Cusak, based on his experience of helping at the hospital for five years. “Usually if they make it through the night, they do pretty well after that.”

Did you know that much can be learned about the condition of the planet’s environment by looking at sea turtles? The decline in healthy seagrass beds at the bottom of our oceans can be linked to the decline in sea turtles, which are among very few animals to eat sea grass, the breeding and developmental ground for so many species of fish, shellfish, and crustaceans. Even the unhatched nests, eggs, and trapped hatchlings at the end of a season provide important nutrients for our dune vegetation. 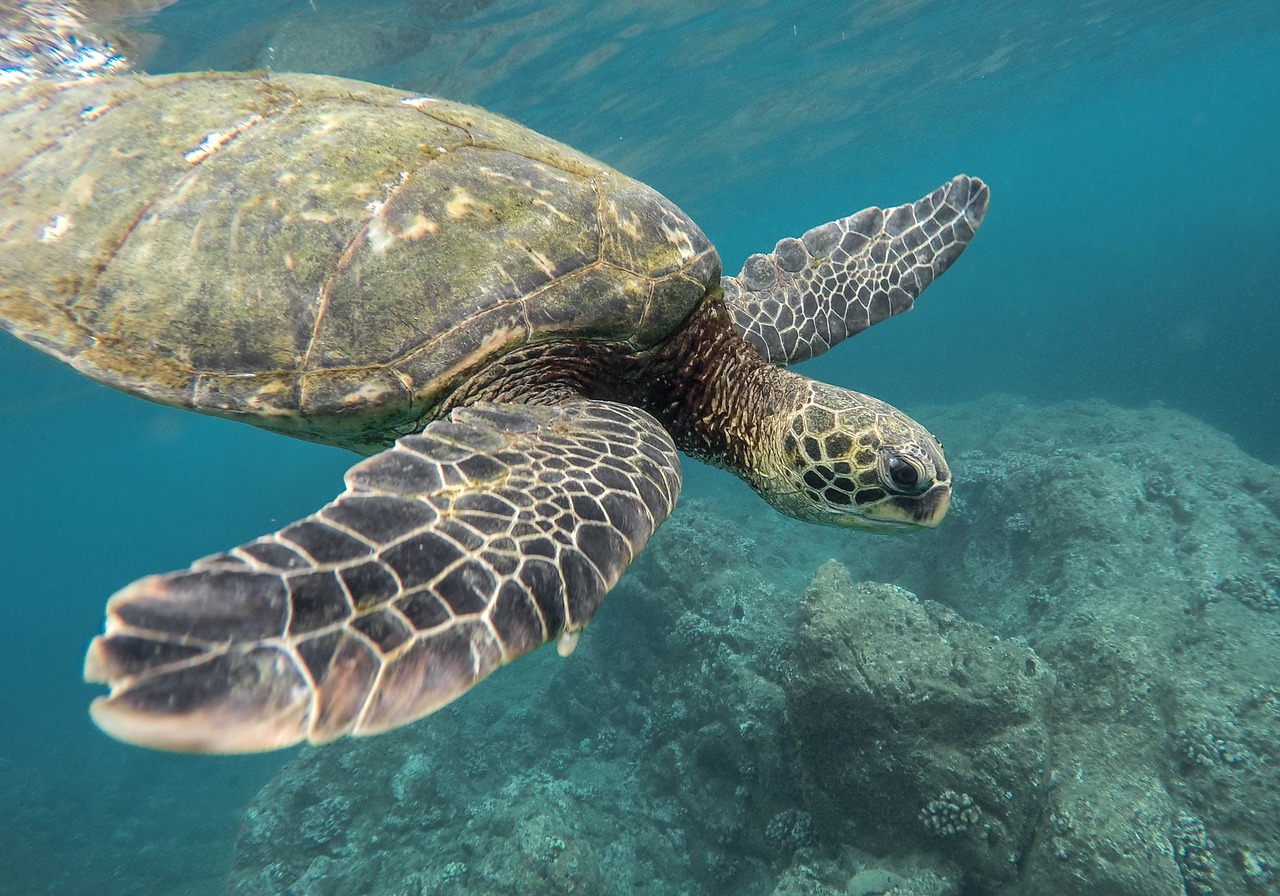 It’s like an environmental puzzle — and every piece counts and fits. The turtles, which have existed for millions of years and travel throughout the world’s oceans, are struggling to survive. This is one of the reasons why turtle conservation is so important.

During Hurricane Dorian in 2019, Cusak reported that the storm pushed sand onto Holden Beach. This caused five or six of the nests on the beach to get covered with two to three feet of sand. Although Turtle Patrol volunteers dug them out, the nests have not fared well since unhatched eggs need to be able to breathe, too, a difficult task when submerged in water for long.

According to Cusak, it was a rough end to the 2019 hatch season with the “triple whammy” of Black Moon Tides being very high in the end of July, King Tides (New Moon Tides) in the end of August, and then Hurricane Dorian the first part of September. 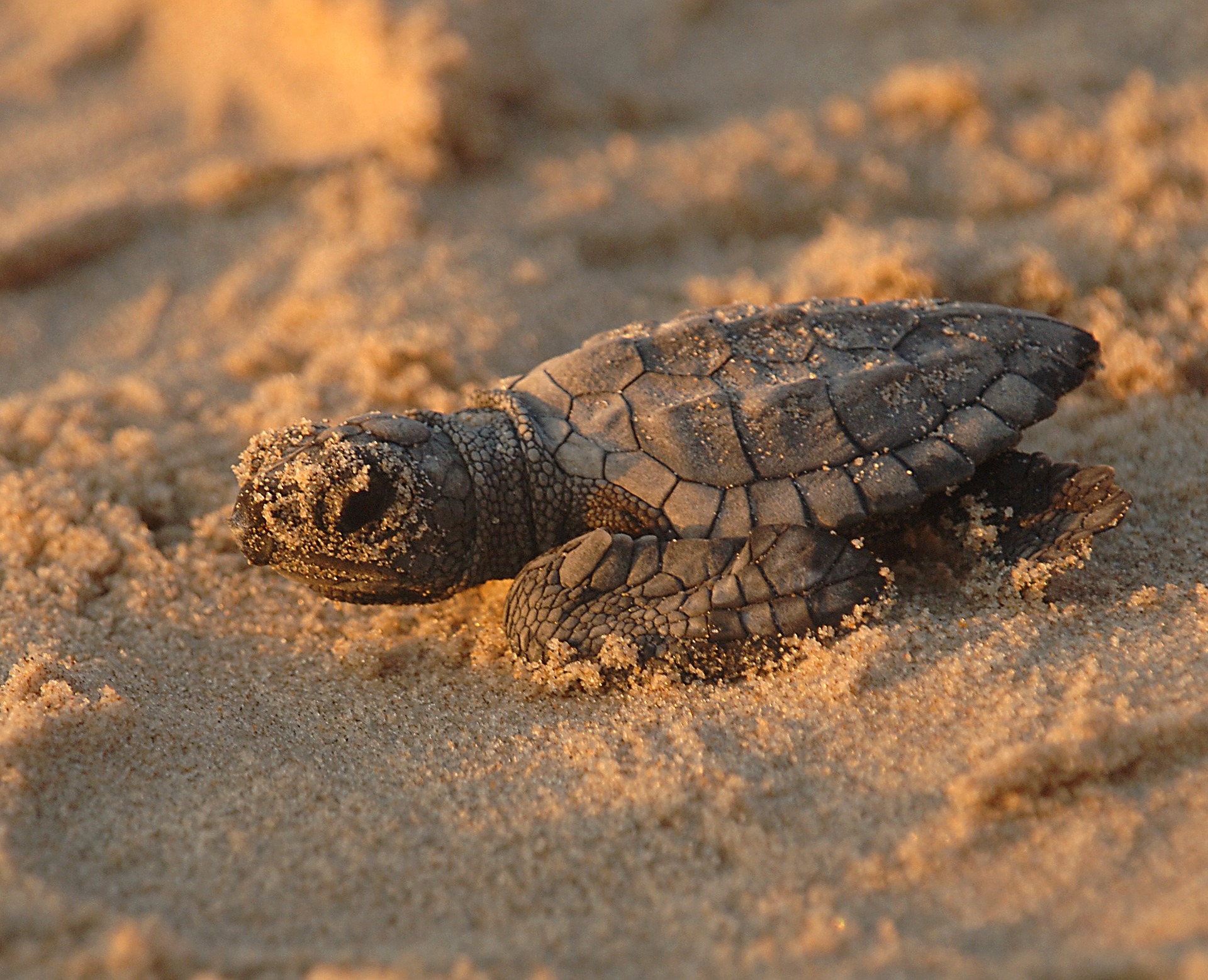 There were 2,354 nests in 2019 throughout our state. Of those, 2,286 were Loggerheads, 65 were Green, 2 were Kemp's Ridley, and 1 was unknown. Cape Hatteras National Seashore and Cape Lookout National Seashore accounted for 400 of those nests, Caswell Beach and Oak Island had 278, Topsail Island spotted 178 nests, and Fort Fisher had 160. South of Holden Beach, Ocean Isle Beach had 49 nests and Sunset Beach had 19.

You can see that as you move south down the North Carolina coast, the number of nests decrease, a fact attributed to the shape of our coastline – the northern beaches are closer to the Gulfstream while our southeastern coastal corner in Holden Beach is further away from the Gulfstream.

Holden Beach is one of many coastal towns that works hard to aid sea turtle preservation. Our goal is to help sea turtles survive, and one of the best ways to do that is by educating the general public.

Local Turtle Talks, conducted by our very own Turtle Patrol, are an important part of Holden Beach summers. Every Wednesday at 7 pm during June, July, and August, you can enjoy a Turtle Talk with the Turtle Patrol at the Holden Beach Town Hall. Become educated on sea turtle life cycles and learn how to help their preservation. Each Turtle Talk includes a short video presentation, followed by a question and answer segment.

On Wednesday afternoons, there is also Children’s Turtle Time (for kids 3-6 years old) that include stories, crafts, and activities. There isn’t an admission charge for Turtle Talks, but all donations support the Holden Beach Turtle Patrol. Lighthouse Gifts has t-shirts available for sale, with proceeds benefitting the Holden Beach Turtle Watch Program. 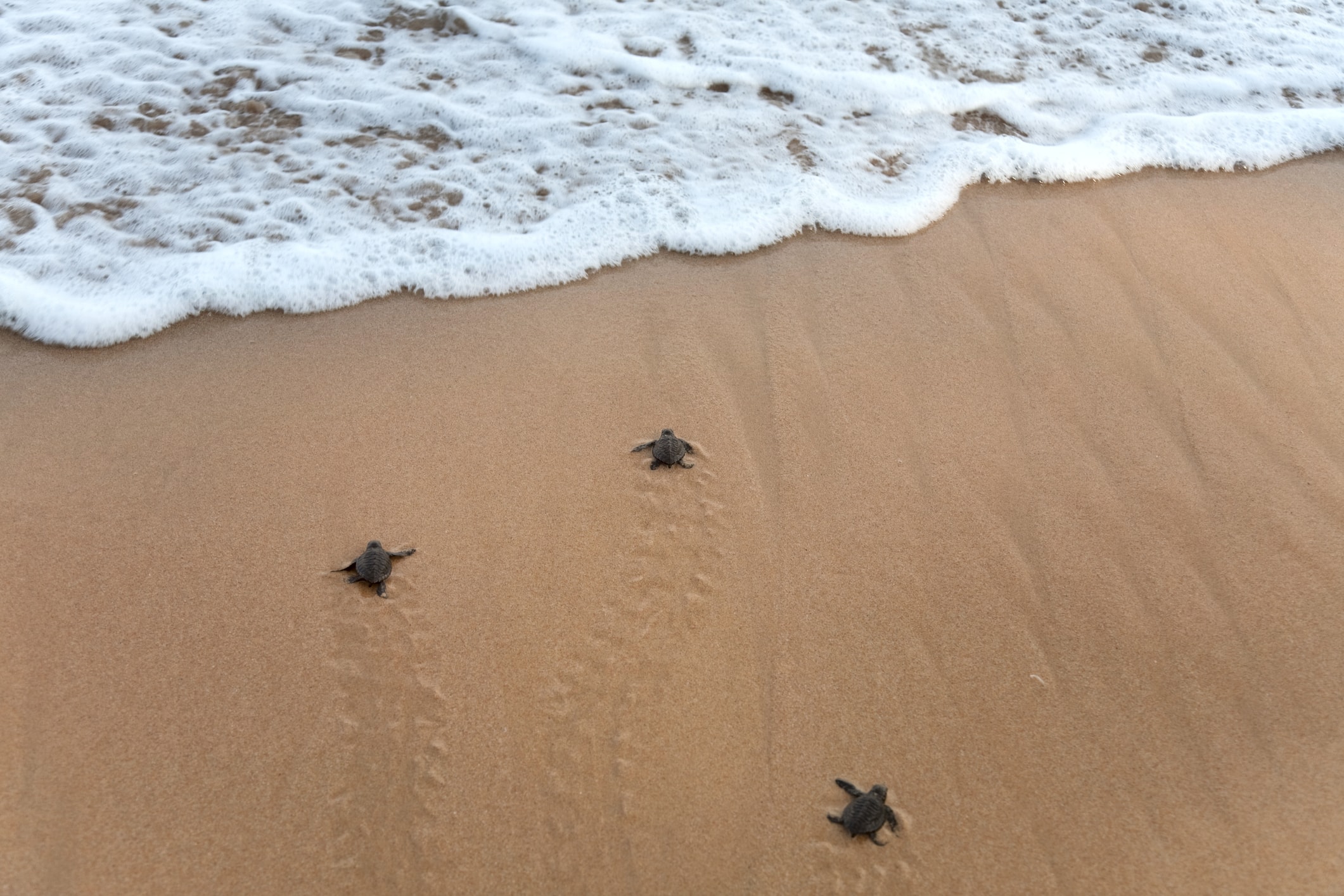 Here are a few loggerhead highlights to help us care for our turtles:

If you're a resident of our area and would like to volunteer to train and help, visit the Holden Beach Turtle Wach website and complete a contact form and Pat or another member will respond as soon as possible - unless a turtle needs them first.

This blog was adapted by content written by the Hobbs Realty team and Darcy Geho (contributing author and blogger). Updated June 2021 by Hobbs Realty.

We hope to see you soon!

So, the next time you are visiting us in Holden Beach, you can add “look for sea turtle tracks in the sand” to your vacation to-do list. How cool would it be to be the one who discovers a mama turtle or an undiscovered nest? In the meantime, if our Hobbs Realty team can answer any questions for you or help you find your next Holden Beach vacation rental, give us a call anytime at (800) 655-3367. We look forward to seeing you on the beach!