The History of Carolina Beach Music

The state of North Carolina certainly loves beach music. In fact, beach music was birthed here in the Brunswick Islands and with our beach neighbors to the south. 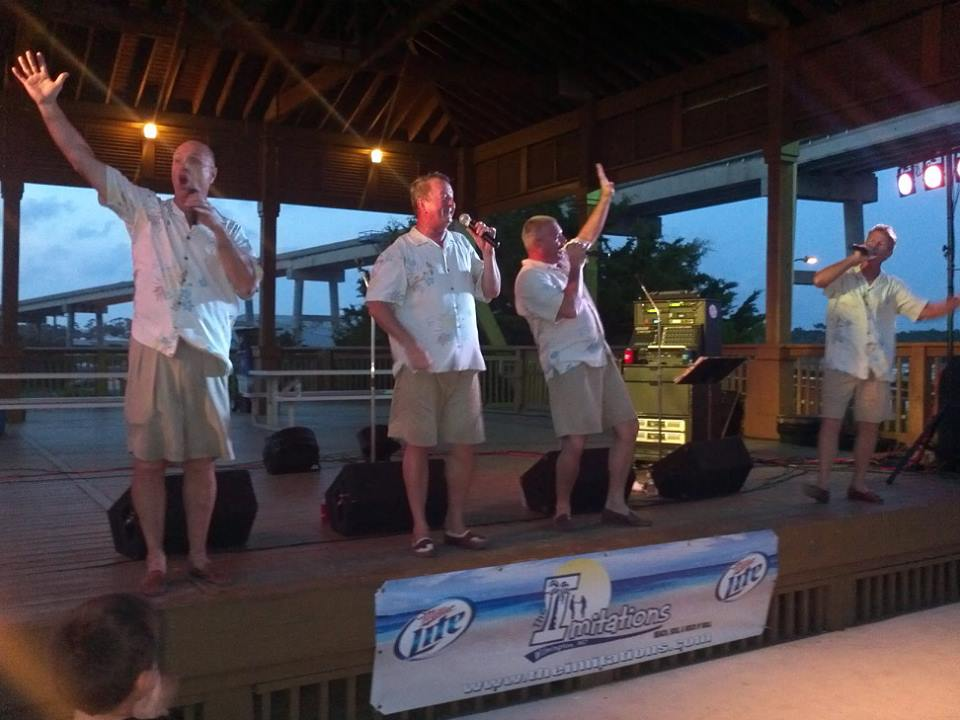 Carolina beach music, as it’s commonly known, washed to our shores (and beyond) in waves, reflecting the changing culture and times. Eventually, the love of beach music led to a broader acceptance of R&B and the beginnings of rock and roll.

The origins of beach music date back to the late 1940s with much of the phenomenon impacting teenagers and college students vacationing just south of our area. From this period through the mid-1950s, during which a culture shift was taking place in the country, the hunger to hear this compelling music grew. WLAC, a Nashville, Tennessee radio station, played a significant role in spreading the beach music sound, as it led emerging radio stations across the Carolinas and region. The new gospel-infused R&B called soul music rode this momentum as well.

The next wave of beach music in the 1950s and '60s included influential R&B artists — such as the Dominoes, the Drifters, the Temptations, the Four Tops, the Tams, and Chairmen of the Board — producing “beach records." For example, pop hits like "Build Me Up, Buttercup” by The Foundations were included in the "beach music" category because they had the right time and tempo. The traditional “beach bands,” with a heavy Motown and other R&B influence, rode in on the next wave in the 1960s and '70s and spread inland to urban areas. Beach party movies were also popular on the big screen in the early part of this period.

The shag enthusiasts of the 1980s, such as The Society of Stranders (SOS), were surely an impetus for a huge revival of beach music in the Carolinas, along with the younger artists who joined existing beach bands or who broke off on their own. Radio stations began featuring beach music, leading to a dedicated beach music chart. Eastern North Carolina could count on the “KIX Good Guys” on WKIX-Raleigh for their daily dose of beach music.

Beach Music and the Carolina Shag

The North Carolina "state dance" is the traditional beach music dance — the shag. What a huge testament to the rich history of beach music! As the notes of the iconic beach music became mainstream, the time-honored shag arrived in oceanfront music halls along the Atlantic.

The roots of Carolina beach music can be traced back to various rock, R&B, and pop music and is most closely associated with the Carolina Shag, also known as the “swing dance of the South.” Based on a six-beat, shag dancers move to "one-and-two, three-and-four, five-six,” which is known as the 4/4 "blues shuffle." Regions and dancers have their own “flavor,” but the unique beach bop is fun to watch and do. It’s sort of like riding a bike… once you learn how to feel that rhythm and shuffle those feet, you’ll never forget.

While the R&B oldies are still favorites for the serious shaggers, the growing admiration through the years for the classic Carolina Shag has led to an uptick in beach bands performing along the coast and even nationwide. From its historical start out of a cultural need to experience a new heartbeat of music to today’s ever popular presence as evidenced every summer Sunday evening under the Holden Beach bridge, in some happy, mystical way, we love dancing in that place where music meets the ocean.

"Carolina beach music," Dupree said coming up on the porch. "The holiest sound on earth."

Here's a blast-from-the-past beginner's guide to the shag: