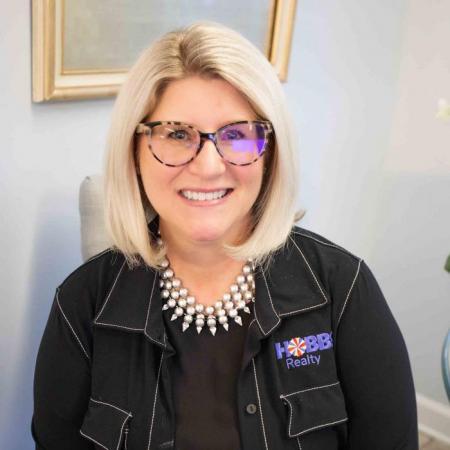 Rachele Hobbs was born in Nashville, Tennessee, but lived all over the world as the daughter of an Army chaplain. She’s very grateful for her godly parents, crazy siblings, and fabulous childhood. Eventually the Eaddy family called Holden Beach home, settling here in her early tweens. And it’s where she would meet her future husband, Jimmy Hobbs, a few years later. She’s mom to four grown children and their spouses, and “Mars” to five grandchildren (hopefully, many more to come). Rachele’s path has included working as a kindergarten and 1st-grade teacher and volunteering as a fun PTA class mom. When their children were young, she initially helped out at Hobbs Realty part-time with summer reservations. Rachele was planted in the financial department and initiated the transition from the beloved "poster paper" booking chart on the front office wall to the current fully-automated vacation rental software system - and everything in-between!  She then tackled the marketing department, launching Hobbs Realty's first website in 1999. Rachele now serves mostly behind the scenes as the Executive Director of Hobbs Realty, and the rest is history in the making!

Best Part of Hobbs Realty: Being with my family every day.....the people I work with.....and the challenge of getting it all done!

After Hours: I make music, cook, read, and spend time with my extended framily.

Pursuits: I want to learn to play the violin and learn to REALLY cook in Italy!

Alternate dream job: I've lived my dream raising four fabulous children with the man of my dreams. But, I wouldn’t mind writing Hallmark cards, naming OPI nail polish, or being an Iron Chef!

Something others may not know: I don't like chocolate, but I’m a roller coaster queen…the loopier, the better! And, for my 16th birthday, I charted the course and flew over the Bermuda Triangle with my dad as my co-pilot.

Inspired by: Kindness in others